IT'S A FOWL LIFE WITH TESSA AND TRIXIE

If you have been reading my posts for awhile you are probably familiar with Tessa, my eight year old granddaughter, and Trixie, her pet chicken.

Back in the spring Trixie became broody. A fox had gotten her sisters and all the ducks, but after flying over the fence and hiding out in a neighbors yard Trixie returned home, where she became Trixie the lonely chicken. You can read about that here. 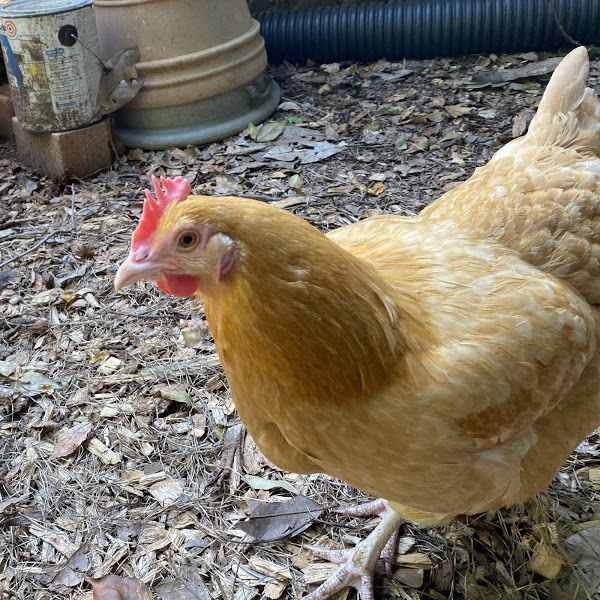 Tessa decided that Trixie needed some babies to take care of so my daughter and son-in-law bought her some fertilized eggs to hatch. You can read the updates here, where she settles into being a broody hen, and here where more baby chicks were purchased to give some company to the one demented baby who was kicked out of the nest by Trixie.

To make a long story short the babies grew and grew and along with the purchase of four new baby ducks, Trixie was definitely not lonely anymore.

What did happen was that like many mothers, Trixie was no longer feeling the love for those grown up and annoying interlopers.

She just wanted them to leave her alone. 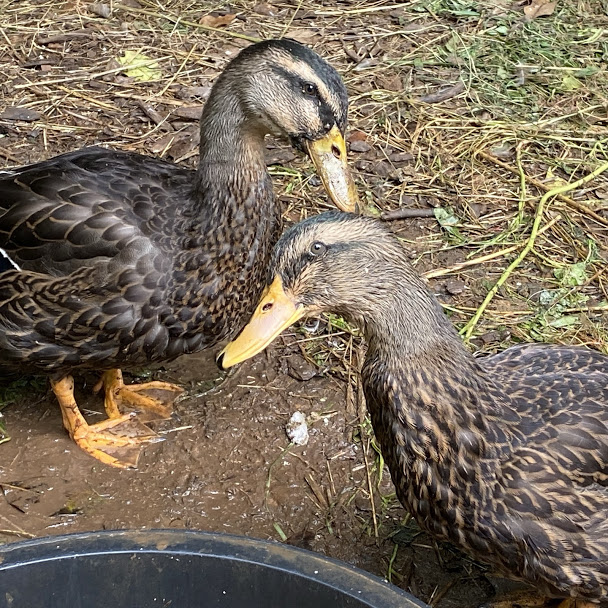 The ducks especially seemed to love to annoy her. They would chase after her and when she got really mad at them one of the ducks would throw back her head and start laughing. Ducks can be pretty entertaining, although I don't think Trixie sees it that way.

Two of the sweet little chicks grew up to be roosters. Tessa's favorite is Lemony Snicket, a real beauty. The other rooster has become overly protective of Trixie and comes after Tessa when she tries to get the eggs. 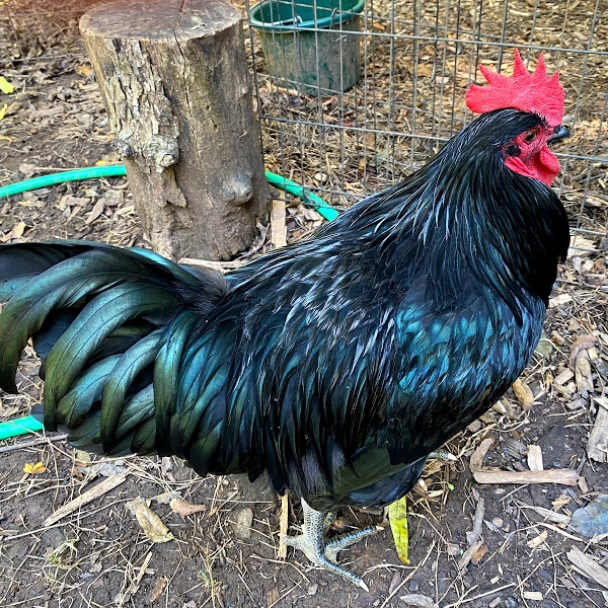 Tessa, the intrepid rooster hunter soon put a stop to that with her red umbrella. That rooster goes flying across the yard when Tessa wooshes that umbrella open at her. 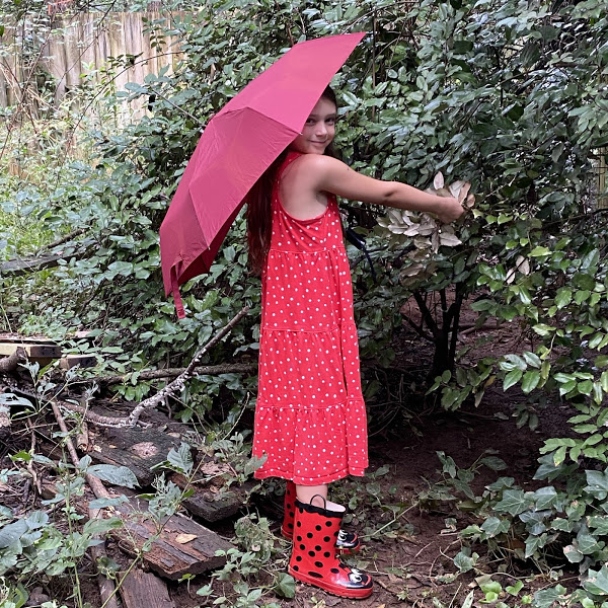 That Rooster is no match for Tessa.

I originally planned to post this on Saturday, but time got away from me and I wanted to spend the afternoon with my family. Tessa and I spent some wonderful time in the backyard tracking dinosaurs, and while out there I noticed that the chickens and ducks were congregating in and around the chicken coop. Trixie usually comes out to talk to me, but stayed inside the coop.

Winky, their chorkie, came out on the back deck and started barking. I asked Tessa if she could see what she was barking at, but she brushed it off and said it was probably a squirrel. I wandered over to the area that Winky was looking at, under the pretense of looking for escaped dinosaurs, but didn't see anything.

A couple of hours after I left Cary texted me to say that something, either a fox or coyote, had gotten one of the black hens and Lemony Snicket. It is pretty bold for one of them to come into the yard in the daytime. 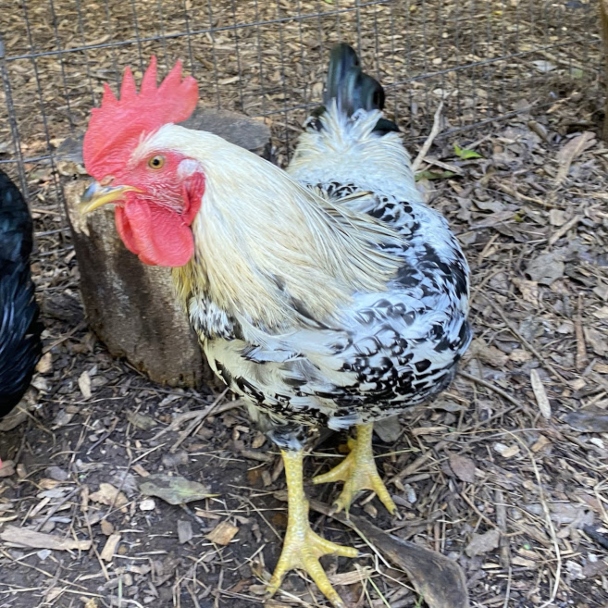 Farm life, even in the middle of a city, is tough, but Tessa is tougher. She usually takes these things in stride. It is scary that that animal was lurking there while we were playing, and I hate that Tessa might not feel completely safe in her own backyard.

Cary said they may have to consider getting another large dog to protect Tessa, the chickens, ducks, and Trixie, the pet chicken. I'm all for that idea.