Friday afternoon I drove down to Grant Park to visit with my daughters and grandchildren. It's just ten miles, but with traffic it can take anywhere from 20 minutes to an hour.

I love that a little fall color is creeping in. 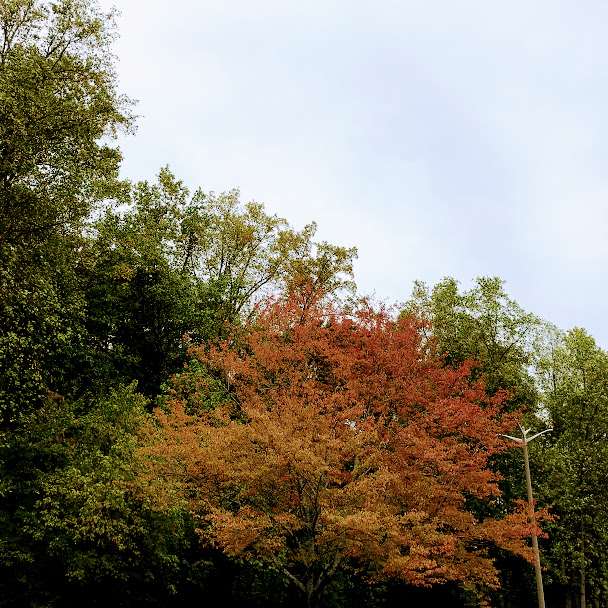 Friday afternoon traffic is always bad. I take city streets when I know that the interstate is backed up, and I love looking at the neighborhoods as I drive through them. They are so varied and unique. 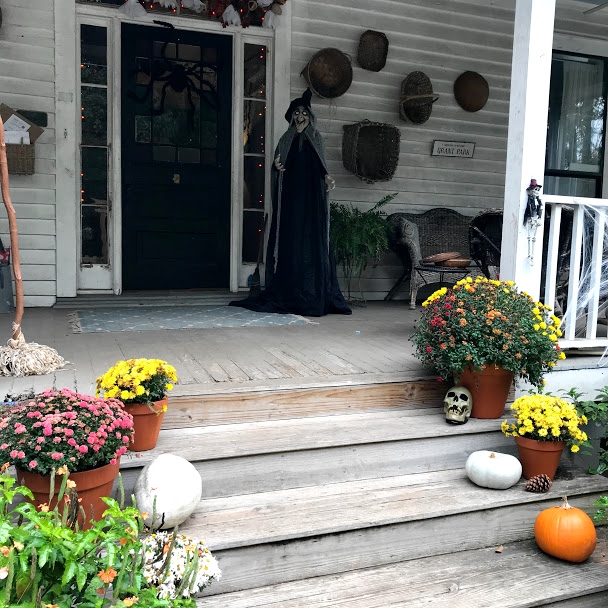 My daughter, Cary, loves Halloween and she goes all in on the decorating. My teenage grandson is having a Halloween party Saturday night. I personally think she is brave having 15 teens plus her two teens over for a party, but I'm sure they are great kids and she has her husband there to help. 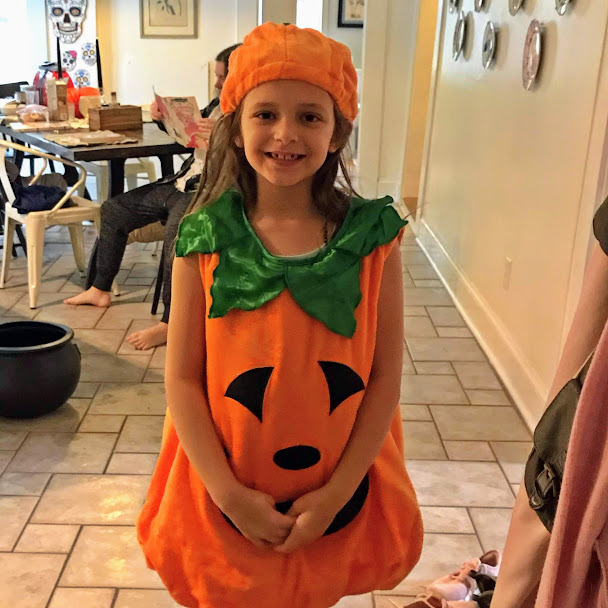 Once I'm through the door Tessa takes over. She lets me greet her siblings and mom, and then she takes my hand and leads me to where she wants me to play with her.

While my two daughters were out shopping Tessa and I had almost four hours of play time. We played both inside and outside. The temps are in the low 70s right now so perfect time for outside play. 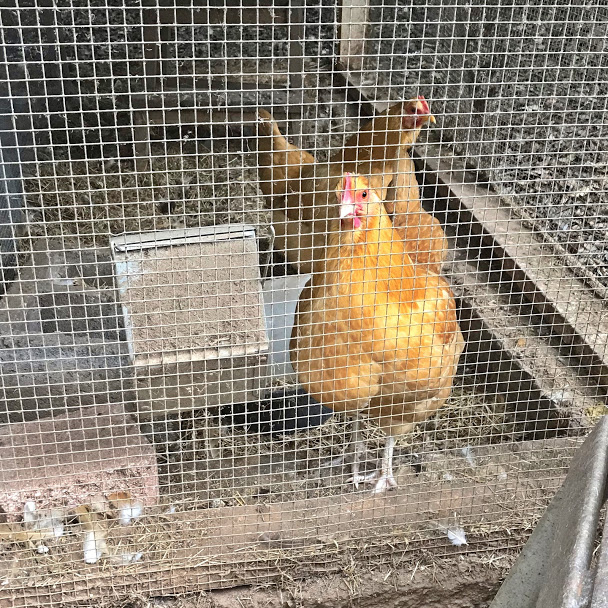 One of the things we played was Little House on the Prairie. She was Mary and I of course was Laura. We gardened and took care of the chickens. I noticed that there were only two chickens left. Tessa said a fox got the rest of them. Ewwww!!

Cary said these two were smart. They knew that the predator was coming around dusk and going into the coop before the door was closed and getting the chickens, so they got up on the top of the fence at that time of day. They are now confined to the coop until something is figured out. 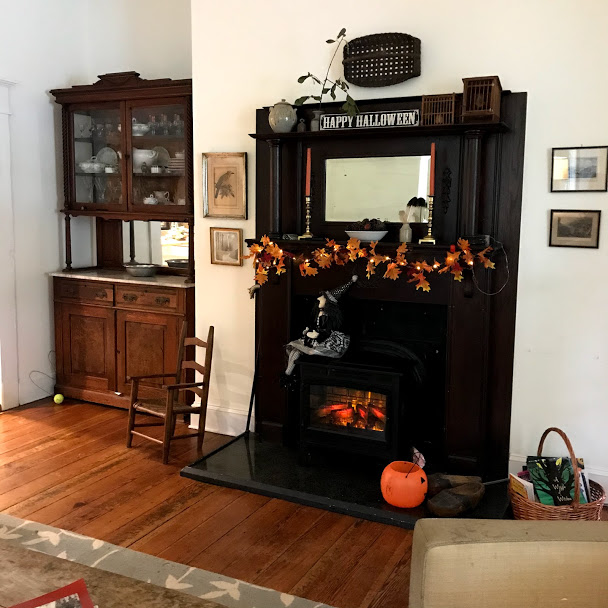 Cary's Living room. I inherited the china cabinet 40 years ago and I have now passed it on to her.

Monday I will be going over to Decatur to pick Jack Henry up from a class he is taking and driving him home. Then Thursday is Sidney's 14th birthday and she asked me if I would hang out with her. I can't think of anything better than spending her birthday with her and then trick or treating with Tessa.

I slept really well last night. I told Cary that Tessa and I had been running around outside while she was gone. Tessa immediately chimed in and said, "you weren't running, Nana".

Nobody likes a smart aleck.