Today is Memorial Day and as on all Memorial Days, I think of my late father. George Reece Holloway was a lieutenant and later promoted to a captain in the United States Air Force in WWII. He served his country valiantly. The P-38 plane he was piloting was shot down on June 20, 1944. He was sent to a German POW camp at Stalag Luft I where he was kept until liberated by the American forces. He was called up again during the Korean War and with his young family (I was a baby) went to Texas to train other pilots.

My dad as a young officer. 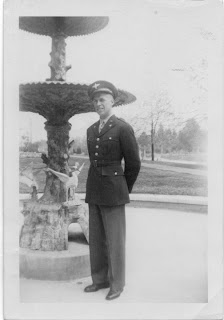 Eighteen years ago, my father passed away after a long battle with Multiple Sclerosis. He died with the same bravery and dignity that he had when serving his country. 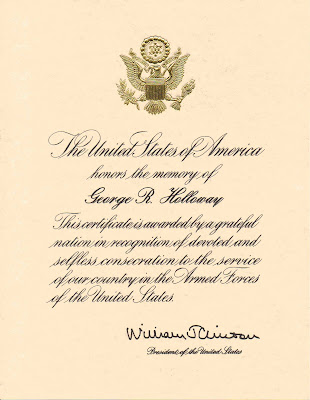 Landing of the first P-38 on the mainland near Ste Mère l'Eglise (US National Archives).

So today. a special thanks to all the men and women who have protected our country.